One of the most significant environmental concerns is the shortage of water worldwide. Its waste has been high due to the lack of awareness about the importance of water. But, there is hope: subterranean waters may solve this global problem. Read more. Subterranean waters are aquatic bedrock that flows beneath the Earth's surface.

Those waters are the product of rainfall and so they are stored in the pores, faults, fractures, or fissures of sedimentary rocks. They are important for maintaining soil moisture and the flow of rivers, lakes, and wetlands.

A scarcity that worries

However, the lack of rainfall in many regions of Earth can dry up some aquifers sited in India, China, the United States, North Africa, and the Middle East, where many wells and water beds are drying up precociously.

That is why experts and environmentalists have detected that the world water deficit is reaching about 200 billion cubic meters per year. For example, subterranean waters depletion has led to the sinking of the soils above the aquifers in Mexico City and California in the United States.

Aquifers originate in a subsoil geological formation, consisting of permeable rocks. They store rainwater that is trapped in rock fractures or beneath vegetation.

The water that is stored in aquifers originates from ocean water that rises into the atmosphere and then returns, superficially and subterraneously, to the ocean itself. In other words, the air temperature and the winds generated by the humidity are responsible for the processes of circulation of water from the oceans to the atmosphere. After precipitation, the waters seep underground without the waterlogging that causes flooding.

Flooding, therefore, is avoided because of the following factors:

In other words, in order to maintain the watercourses, aquifers help prevent overflowing, as they absorb the excess water from rainfall, be it strong or moderate.

And to top it off, according to the experts, "aquifers provide a way to store fresh water without much loss through evaporation, which is super important in the hotter, drought-prone regions of the planet where such losses can be extremely damaging."

The 8 largest aquifers in the world are as follows:

Aquifers, unlike rivers, are naturally filtered and purified because it is less influenced by climate variations.

Main activities that use subterranean waters: Humans use subterranean waters for centuries. So-called "invisible water" then. Those waters from underground prevented hunger in many countries where visible water was scarce due to frequent droughts.

In 2018, "Day Zero" was created with the presentation of a list of cities on the planet most likely to run out of water for various reasons, and are therefore called "water stress" regions. The exploitation of groundwater in these places has become vital.

To prevent "water stress" in other, more arid regions where it has not yet been detected, are stricter penalties for offenders who waste the liquid. In other words, the use of wells, fountains, and springs must be guided by a qualified professional in this area.

In the USA the agency that regulates subterranean waters is the Environmental Protection Agency, which ensures the safety of drinking water and restores and maintains oceans, watersheds, and their aquatic ecosystems.

Seawater desalination has a great deal of drinking water to supply many regions worldwide, mainly the poor ones. Although the water springs located below the ground are naturally protected from external pollutant agents due to their peculiar characteristics, any extra care is worth anytime in order to avoid environmental impacts, such as:

A Brazilian aquifer with fantastic potential!

Research by scientists at the University of Alberta in Edmonton, Canada, has detected the existence of a large volume of water in deep Brazil. According to geochemist and team leader Graham Pearson, "a microscopic mineral crystal known as ringwoodite has been discovered in an aquifer region in Brazil. The rock contains approximately 1% water by weight. Since the region is full of this crystal, all indications are that a lot of water can be found. One percent may not sound like much, but it is already indicative of the existence of more water than all the oceans on Earth combined!".

This finding was reported by Richard A. Lovett, author of the story in a paper published in Nature, a microscopic crystal never before seen in a terrestrial rock holds clues to the presence of vast quantities of water deep in Earth’s mantle, scientists report. The crystal (or diamond) weighs less than one-tenth of a gram, found in Brazil. 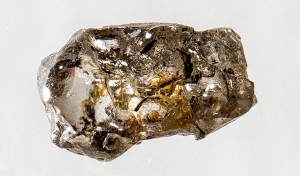 "Most diamonds form at depths of about 150 to 200 kilometers. Ringwoodite are also known as 'ultradeep' diamonds that are only found in very deep regions known as 'transition zones,' that is, at 410 to 660 kilometers below the surface. In other words, these crystals offer a window to find lots of water in hyper-deep lands and save the planet from scarcity!"

The proclaimed scarcity of pure water on the planet can be diminished thanks to the aquifers that run beneath the surface. Nevertheless, it’s not enough after all. Even if one day there is "more" pure water on Earth, abundance will only be possible if conscious people be more responsible towards the environment. Otherwise, this all shall be in vain. Nature can restore what is lost, but this is possible only with everyone's cooperation.